While you may know that love usually doesn't come with a guaranteed fairy-tale ending, you probably are still holding out for, or trying to have your marriage live up to, the idea of truly passionate and romantic love. Elizabeth Ford and Daniela Drake, M.D., authors of "Smart G 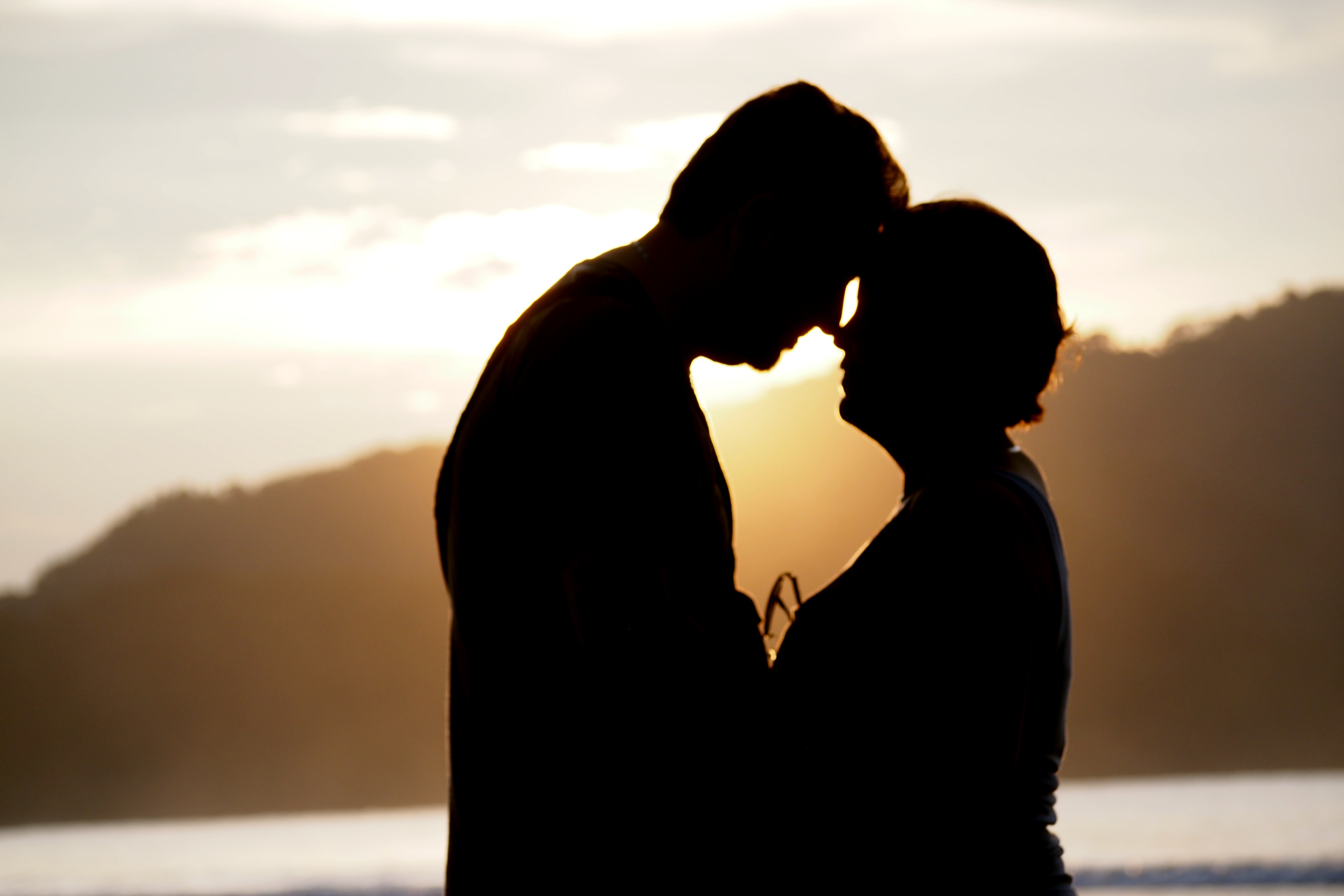 Loveawake: Can you explain the theory that your book is based on -- the idea that women will be better off in the long run if they marry for money?

Daniela Drake, M.D.: When we saw [how high] the divorce rate is, we had a couple of questions. Why are people marrying? In our culture, it's pretty clear from the time you're young, you're trained that romantic love is the highest ideal -- and the highest concept upon which you can base a marriage. I think that there isn't a person who would say, "Oh, I'm not looking for that." But when we look back historically, this was not the thing that had primacy in developing long-lasting marriages. When we did the history of marriage research, we found that it's really quite a new phenomenon over the last 150 years. And even at that time, when it came into the zeitgeist of the late 1800s -- that people should be marrying for these romantic feelings that they have for each other -- social commentators at the time were saying, "Well if people marry for love, when they're not in love anymore, they'll leave. The family will be an unstable unit." Even back then, they predicted that the divorce rate would go up to around 50 percent. So there's one piece of the puzzle.

Elizabeth Ford: "Smart Girls Marry Money" is about being smart -- in your individual situation. It's not about us looking back on our lives and saying "Oh, poor me." In my case, I was married for almost 13 years when my husband left. I was surprised, because every person who gets married doesn't think that they will be the one to get divorced. You believe in that enthusiasm of love and the rush of emotions that is the magic of romantic love. That your relationship is going to last forever, that divorce only happens to someone else. And when it does happen, whoever decides, for whatever reason that it's not working out, women are the ones who suffer far more financially after a divorce than men do. They're the ones who have possibly put their career to the side; they're the ones who normally take primary care of the kids ... There's a lot of different advice in the book. It's not just the title. It's not a gold-digging book, per se. It's not how to marry for money. It's about being smart in your relationship so that your security doesn't suffer and your happiness doesn't suffer and you choose a mate who will make sense with you financially.

Loveawake: So it's not about gold-digging?

Ford: Our culture accepts that men value women because they're beautiful, because they're young, because they're hot. So why can't it go both ways? No one ever says that a man is a beauty-digger because he wants a beautiful girl. Even though women are in the workforce at record numbers, we're not making the money that men are making. Men are making three times more money over their lifetime than women are. So why isn't it valuable for a beautiful woman to look out for her security at the end of her life? Of women who are alone at retirement age, one in five end up at the poverty level. So we realized, "Whoa, what's a girl to do?"

Loveawake: If the idea is that men are making three times more money, why shouldn't we try and change that?

Dr. Drake: We're not saying, "Give up." We're not saying, "Don't get a job." We should not just be looking for this ephemeral, magical thing that we've all been trained to believe will exist if you meet Prince Charming. The book is about being financially savvy in all aspects of your life. Absolutely, your job is your most important asset, but your marriage is part of the financial picture. What we're saying is that women have important assets. We are just as smart as men, we recognize that. We are just as capable. However, the workplace has been systematically unfair to women. Really, the most important statistic, over the course of your lifetime, is how much do you make? It turns out that because of women's role in society, we will make less money than men. We more easily do job transitions; we often take off work for our children; we often take off work to take care of family members. And unfortunately or fortunately, we tend to be the more flexible ones, so if your husband's getting a promotion, you'll take the lesser job.

Loveawake: Can you explain what you think is flawed about holding out for romantic love?

Dr. Drake: Romantic love is a kind of madness. It's been studied at UCSF [the University of California, San Francisco]. Helen Fisher [biological anthropologist and author of "Why Him? Why Her?: Finding Real Love By Understanding Your Personality Type"] has completed a wealth of research on this topic. They have scanned people who are in love and found that the "in love" state doesn't really last more than 18 to 24 months. It's a fallacy that we should expect that romantic love, that kind of intense ardor, to continue. So, since we've been sold that idea, five years down the line when your husband says, or you say, "I want out because I'm not in love with you anymore," our society legitimizes that as a reason to get out. But divorce is very costly, and women don't recognize that, as they age, they're less marketable on the marriage market. They're less marketable in the work market, and maybe they should make that first decision not based on something as transient. Why are we basing our future on this?

Loveawake: Daniela, can you tell us how you've seen your theory play out in your own life?

Dr. Drake: I was raised to think of nothing else but go to work, get a good job. I've got an M.D. and an M.B.A. from top schools. I took that very seriously, but I was also on the hunt for romantic love. In fact, my own story was that I got out of my first marriage when I was "no longer in love" because I felt that I wanted the whole picture. And I look back and I go, "Well that was really stupid!" because I find out that the intoxicated, wonderful state of being in love doesn't last no matter how many times you experience it with wonderful people.

Loveawake: Would your relationship have been more successful if you had been going after a man who was more financially stable?

Dr. Drake: I really can't speak to that because I was so heady with the dream that I was going to make it on my own and find a great guy to share my life with. It never even crossed my mind in those days. I also would have said when I walked out of that marriage, "I'll make my own money. I'm not going to stay in this relationship that isn't meeting my desire for intense romance just because he's going to be rich." He, of course, did go on to be exceptionally wealthy. I, at the time, believed I would make it on my own.

Dr. Drake: I remarried a man who I love very much who does not make a huge amount of money; he's an engineer. We live a very modest, middle class lifestyle. We live in Los Angeles, so basically just being here is like having a vacuum cleaner sucking out your wallet. It's very costly. Internists don't make a lot of money in the spectrum of what doctors make. We're solidly middle class, but we budget. Is life harder because of it? Yes. Are there stresses in the marriage because of it? Yes. Are there times I wish I could take off and spend more time with my kids? Absolutely. Things have worked out to a certain degree -- I'm happy; I have a great job, and I have two beautiful, lovely children. But finances are difficult, and it's a struggle.

Loveawake: What does your husband think about the book?

Dr. Drake: He thinks it's hilarious. Well, my husband's not an American, first of all, so he just has a different sensibility. People are doing whole blogs on the book entirely based on the title and making conclusions about what our love lives must have been like and whether or not we were bitter, instead of saying there might actually be content in the book, not just the title.

Loveawake: Why do you think that women are not as marketable as they age? Does a man's marketability also decline?

Ford: Men have an advantage. Just even anecdotally, "Sex and City" [illustrated this idea] where a young woman can still be very attracted to a graying, kind of sexy older man, but for the same-age woman, young men aren't thronging to her. It's not fair. Many guys who are much older are with really much younger women. You don't see the reverse very often. Of course, you do see it occasionally, and everyone's going to red flag Demi Moore, but the fact is that in our culture, women as they age are devalued, and it's a crying shame.

Would schools and colleges benefit from ISO 14001 Certification in Oman?

You have reached your limit of 50000 friends!

File size error: The file exceeds allowed the limit (244 MB) and can not be uploaded.

Unable to upload a file: This file type is not supported.

We have detected some adult content on the image you uploaded, therefore we have declined your upload process.

To upload images, videos, and audio files, you have to upgrade to pro member. Upgrade To Pro